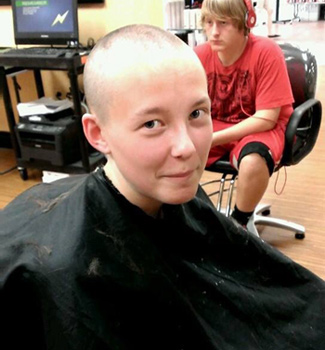 Anyone who thinks teenagers aren’t motivated, compassionate or driven hasn’t met Katelyn Peterson. When Katelyn learned that a family friend was diagnosed with breast cancer, she decided to show her support in a big way. First, Katelyn made a powerful statement by shaving her head, and posting the video on YouTube. Katelyn then continued to be so inspired that she started an organization called Kids4Healing that brings together other children who want to show support for others with cancer.

Katelyn’s goal with Kids4Healing is to inspire other kids and give them a way to get involved and make a difference in the fight against cancer. Kids4Healing put together a Relay for Life team, created a fundraising video that is posted to YouTube, they have a Facebook page and Katelyn was even interviewed by KRCR TV in Redding to promote the Kids4Healing mission.

You can learn more about Katelyn and Kids4Healing at the Shasta Ortho Blog: